5 women on top of the technology game

5 women on top of the technology game


Technology is the fastest paced field nowadays. It became a must in everybodys’ lives, an essential, no one can lay off it. If not Facebook or social media apps, then its YouTube and other streaming apps. We can’t go a day without using some app or technology to get something done. However, isn’t it strange that we hear of no women leaders in the technology field? It is not because there are none, actually it seems impossible with the size and the spreading rate of the field. That is why today we are honoring 5 of 2020’s major girls of the field!

Tracey Grace is the CEO and President of IBEX IT business experts. It is a technical education company that gives on-the-job specialized tech training. She does experiential training that’s core is experiment, experience, and observation. She worked with NASA, Amazon, and the department of defense. She earned Capital one’s catapult award and was nominated for EY’s Entrepreneur of the year. What is amazing about this woman is that she used to work in sales management and operation roles, she didn’t have a background in computer science. However, she saw an opportunity and she took it! She saw how in-demand technical skills were in the business world and that what made her found IBEX.

She is the co-founder and CEO of 23andme, which is a personalized medicine app that has been around since 2006, but its 2020-30 prospects are really bright. They are partnering with Airbnb at a crucial timing to mix personalized medicine with adventure travel as a growing global niche. Another reason is their interest in drug development, especially when individualized medicine is popular these days. Before founding 23andme she worked on Wall Street as a healthcare analyst for many financial firms. Then she became a biological researcher, she used the insights she had to found her app, which is why she has been named one of fast company’s most creative people. She also helped define Silicon Valley’s Breakthrough prize.

Tobaccowala co-founded a health and wellness app: Gixo. She started her career in a tech company and started rising. She worked as an engineering vice president at many invitations and ticketing companies, then she realized that she has the chance to offer live online fitness classes that people can join from home. The national center for women and information technology named her an entrepreneurial hero. She believes that 2020 will be the decade of corporate wellness.

She founded Everly well. It provides at-home test kits for food sensitivities, thyroid functions, vitamin D deficiency as well as inflammations. Its goal is to help customers avoid the huge healthcare expenses. She founded it out of need, as she was in debt of 2000 dollars for tests she never really received its results. Everly well closed a funding round of 50 million dollars in April because it is cost-friendly. She is one of the finalists for EY’s entrepreneur of the year award.

She studied psychology and worked as a marketing executive in six different tech companies before she joined Mixmax an email app that extends gmail’s functionality with the scope of its features. Email hasn’t been the most popular tech commodity, but Mixmax under Jones’ supervision is growing by billions of messages per year, that is due to the integrations and automations that Jones highly appreciates as a reason for the growth of the app. With her background in psychology, she has helped to acquire more than 10.000 user organically, at no cost.

2020 was the year those ladies were about to peak, but due to the pandemic no one knows how things would go. However, we’re perfectly sure that they’ll remain at the top of their game. We also hope to hear about them more often

Cooking and Catering by Nermine Hanafy
788 0

Eat like a … (Greek) Today we fly to another European country to follow our series where we live a ... 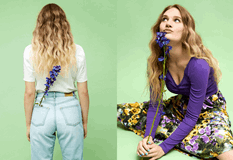 clothing tips every girl should know

Fashion and Beauty by Dalia Mahmoud
1086 0

Looking good is every girl's everyday goal, and it's such a tricky job to do We've gathered some re... 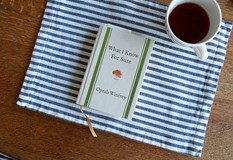 Arts and Culture by Dalia Mahmoud
1375 0

Arts and Culture by Nermine Hanafy
345 0

I think I got stuck on that topic. I couldn’t see those things we take for granted as education, wor...