Lately we’ve been going on and on about changing the image of women as sex toys and child bearers as a way to stop domestic violence and violence against women in general. However, most of us ignore or forget that to change how society sees women, we need to first change how society sees sex. How could we change the male view to women as a product if we don’t stop them treating sex as a trade?

Many men associate sex with shame, defeat, fights, violence and beatings. Something you pay for, so in consequence, all women are whores. Either a whore that they desire and sleep with forbiddingly, or a mother, that carries and protects his house and children and has to be held sacred separate from those other women that may tarnish her sanctity by sex talk or -god forbid- desire.

Men need to be raised that beds are spaces for love and connection, not warfare and conquests that they always need to win and their enemy ends up damaged in pain and they go out to seek a new undamaged goods or a new whore to satisfy a dirty desire they cannot satisfy with the dignified woman they hold dearly as the mother of their children at home.

Sex, which is making love, its main and essential purpose for humans is connection not reproduction. That is why it was made into a sin out of wedlock, only because we are not animals that get on with whoever that’s in sight. Sex between humans solidifies and supports the connection of friendliness and mercy that god intended among married couples. So how come it ended up to be so much violent? Through parents. Sex is a sin, so it is bad, as a result, the woman has to be in control cause she’s the one with the hymn, so any woman who would give in becomes automatically a whore, and the one that agrees upon the concept or even mentions the word is a slut, and men are shopping for women that they like, all they have to do is choose a good boxed girl, cause he is the one with the higher desire (though that is a scientifically totally wrong information, hello! Multiple orgasms!) how did we know men have the higher desire? Most of our eligible clergymen told us, only cause they’re allowed to have 4 wives. Is it conditional mr clergyman? No! even though god said otherwise!

These buildups are the reason for our current situation. It kept building up and boiling over the years until it created our society and its view to women today. And because sex is a sin, and girls should be circumcised not to have the desire then sex talk became off limits. And the kid that asks is not allowed a proper answer. And whoever that gets harassed or raped should keep it down cause now she’s damaged goods, and is there a person that buys an unboxed product?

The day that sex turns from “blew her brains off, stuck it in, got her on her knees” to “we cuddled, I looked into her eyes, I touched her soul” then the woman would be precious and no one would try to harm her, and the society would once again protect its women.

Let’s practice what we preach and raise our boys to be grossed out by their friend that looks in a gross way to his female friend and cut off their man who harasses women. And raise them that chivalry and manhood is in their mind, not between their legs. 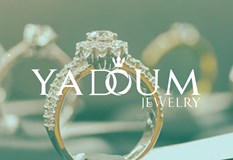 Your feelings can last forever with YADOUM!

Do you still remember the first ring you had? The feeling you shared with another and the smile you ... 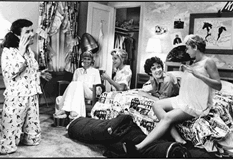 Stories and Tales by Samia Tawfik
2857 0

On one of my carefree days, my friends and I stayed late watching “Bein AlQasrein”. 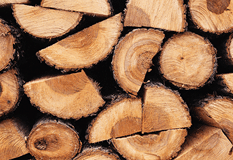 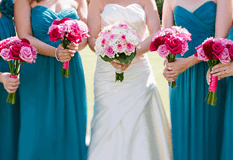 Events and Occasions by Nermine Hanafy
2954 0

Choosing the color of your wedding theme is not an easy task,you try to choose a color that reflects...