Why Do Women Stay In Violent Marriages?

Why Do Women Stay In Violent Marriages?


“I got divorced after 13 years of mental and physical abuse. He beat me almost every day with sharp tools, or any tool he could get in his hands. This caused a deep scar on my face near my left eye, causing part of my teeth to fall out. And it left a big scar on my leg, which had previously been filled with blood, and scars on the rest of my body. Uncountable scars.

The reasons were the usual ones in Egyptian homes; money, spending on children, food, and how to spend my own money. After 13 years, I left him and decided to start over in a healthy atmosphere to raise my children.” Said Mariam, a battered woman, 33 years.

I often wondered why women stay in violent marriages. And I'm thinking, why don't you leave at the first slap? Why don't you take a stand with the first disagreement, so that each of the spouses know their limits? I thought it was easy, that these decisions could be made in a matter of seconds, when in fact, they may cost you your whole life.

A few days ago, I read "It Ends With Us" by Colleen Hoover. The story was about "Lily Bloom", who lives in a toxic environment because of her father, who used to beat her mother daily for trivial reasons. And by the way, there are no valid reasons, even if they are significant, that can justify a violent act. Lily's father used violence against her mother, he could even rape her, and then apologize again and swear that he would change and that it was just an accident. Lily hated her father, and sometimes she hated her mother because she stayed with a man who made her bleed almost daily.

Lily thought that it was easy for her mother to go & leave this man. But her mother had her own reasons, which Lily did not understand until she also got married.

Why would it take years for a divorce decision to be made?

I saw myself in Lily and I thought it was easy too, as what is the difficulty in leaving a violent toxic man? But it wasn’t that way. I searched for the reasons why women stay in such relationships, especially since the National Council for Women has researched rates of violence against women in recent years, and reported that 75% of women are subjected to violence in Egypt. So I spoke with some battered and non-battered women about this, and their responses were that they certainly weren’t okay with the situation, but they also had other reasons that can be listed as follows:

- Mariam, a battered woman, said that she didn’t have a stable income that would enable her to raise her children and maintain a suitable standard of living. It took a lot of courage, and a lot of plans, to leave him forever & never look back.

- A large segment of society considers violence -sometimes- as part of marriage. Justifying that men usually lose their temper and that most of the women were beaten before, but now they are happy. It’s the nature of marriage, a woman must be beaten to obey her husband.

Women are the causes of other women's suffering - sometimes -!

The term authoritarian patriarchy, from its name, sounds like an act that comes out of a man only, but it’s some women’s lifestyle. They justified the violence by blaming other women and that they had provoked the other party. They begin to advise the women to continue the relationship, justifying that they may be irresponsible if they leave the children without a father or if they ruin their home.

Signs that your partner may be physically violent:

- If he has a history of domestic violence with his family.
- If he usually takes drugs.

- If he is a narcissist and puts himself as a priority even if he may harm others.

- Being quick to anger, and expressing his anger by kicking or breaking things. At the same time, if he is quick to regret his violent behavior.

Education makes people aware of their rights and duties, especially women. Indeed, recent research in this regard has recorded that women with a university degree or higher have a lower rate of exposure to all kinds of marital violence.

On the other hand, many girls are exposed to domestic violence in the form of being prevented from studying and education. According to recent statistics from the Central Agency for Public Mobilization and Statistics, 22% of Egyptian women in the age group of 25-29 years, and 29.6% of girls do not go to school in the countryside. They grow up not knowing their rights and duties and become more vulnerable to marital violence. This doesn’t mean that well-educated women aren’t exposed to this type of violence, but they are - at least - aware that this is inhumane.

Don't wait for the worst!

I know every scar on your body hurts, the same pain you feel when you think about the future and how to provide for the kids. But do you know how many people in the world could not get over the stage of domestic violence in their childhood? How many people in the world haven’t been able to get over their childhood? It's a huge mental pressure that goes beyond your children's height. If your partner hits or hurts you so that you no longer feel safe with him, you fear for your children from him, don't wait for the worst.

- Go to abused women’s hosting centers. Egypt has 8 centers across the country.

- Call the hotline of the National Center for Women.

We know the experience was painful and that it's deeply wounding, but you can start over! Give yourself a break from all that you've been through. Then keep the following points in mind:

- Look for a source of income, in order to avoid any financial pressures that your husband may put on you.

- Seek the help of a psychologist who will guide you to face it, accept it, and start again after that.

- Fill your free time with old habits you love, or activities you wish to try. These things will help you overcome any chance of feeling depressed. 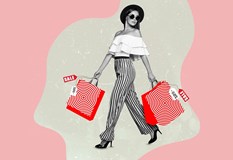 Fashion and Beauty by Jannah Yahya
41 0

“I always become under pressure, especially during summer, when I see many people who have a certain...

Every day, we meet different people with different characters, these characters include toxic charac... 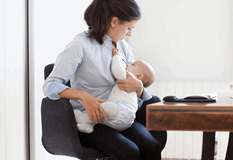 10 tips for Going Back to work after baby

Mother and Child by Nermine Hanafy
2806 1

Some new mothers will not be able to stay at home with their babies for long. They may have to retur... 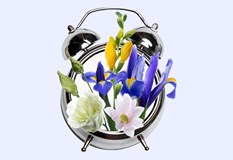 Five seconds – that's all it takes to build your self-confidence

In my second year at university, my professor asked a question about Shakespeare's play "The Tempest...